Q & A with Cali Bird 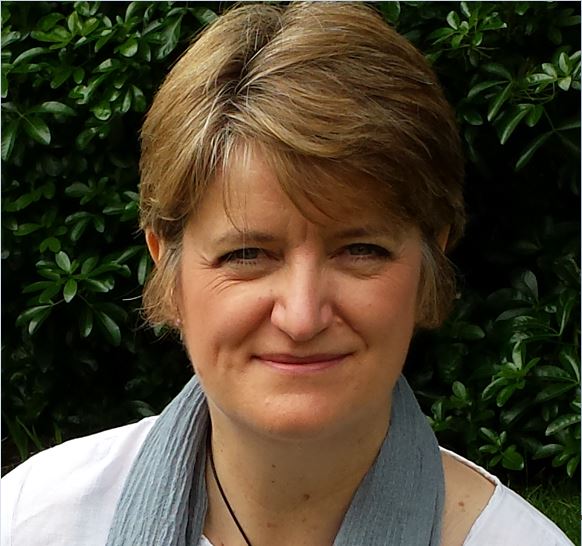 Hi Cali, tell us about where this book came from

I guess it all started back in 1997, 2 years before I even thought of writing, when I started calling myself the Countess of Kennington.

That sounds interesting. Tell us more about that. Any particular reason for this?

It was thanks to a property transaction. I lived in a basement flat in Kennington and an opportunity arose to buy the other flat in the house. The lease on it was too short for the flat to be a long-term investment, so I ended up in a wrangle to get the freehold of the whole property.

Much of Kennington is owned by the Duchy of Cornwall estate and huge swathes of central London seems to be in the hands of either the Duke of Westminster or the Duke of Bedford.

I thought, here I am with my postage size footprint of land, in London, that actually belongs to me – perhaps I should have a title too. I thought about duchess, or baroness, but in the end came to the conclusion that countess sounded the most glamourous. This is the house on which Kennington Mansions in the story is based. 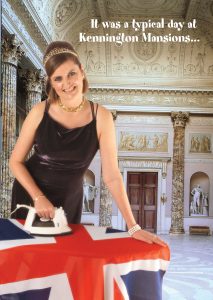 So you started calling yourself the Countess of Kennington?

Yes, just for a laugh when I was out and about. I don’t come from a moneyed background, but I must give off an air of that because people often believed me. For a few years I larked around with this alter ego, and even did Christmas cards as the Countess. This was long before you uploaded a picture from your smart phone to the internet to have your own cards. Back then I used to have to organise a photo shoot and hire a graphic designer! You can see the 2003 Christmas Card on the left. And no, that isn’t my house. It was a nice backdrop that the designer found!

And what about the handbags? Do they exist?

Yes. Again, this was all before I started writing. My first bag was Pussy Original, which I was given in 1995, and over the next few years, I came across the others mainly in various department stores in London and New York (where I used to travel to for work on a regular basis). They all had the names that they have in the book and I used to use them all on a regular basis.

At what point did you think about writing a novel with them?

I started writing in August 1999. I was working full-time as a computer programmer and was feeling very unfulfilled. Someone suggested that I experiment with writing as a way to express myself. I worked my way through a couple of “how to write” books by Julia Cameron including The Artist’s Way which is a 12 week creativity programme. It was during this that I realised that there was potential mileage in the Countess and her talking handbags.

In your world, were they already talking?

I guess so, yes! To me they always had personalities. I was hugely influenced by the film Toy Story where the toys have their own community and pecking order, and they get up to adventures while their owner, Andy, isn’t around.

I imagined the same thing happening with my handbags when I was out at work. When I bought a new one, and with my excitement it became my new favourite, I always wondered what the others made of this and whether they were jealous.

As I went through that creativity programme I just knew that I had a story where the handbags were central to the action.

If the story was born from that alter-ego – how much of you is in the Countess? Is she you?

No. But there are definitely elements of me in her.  The first couple of drafts of the story were more autobiographical but as the story developed, the events that actually happened in my life didn’t seem to fit. So with each draft it became a story in it’s own right and not connected to anything real. Eventually I felt that the story had developed its own truth and its own integrity.

I have always felt that the Countess is me if I didn’t have my creative bent. I have worked in the kind of job that she has, and been good at it, but I’ve never been able to stick with it because I’ve had a need to write and do other creative stuff.

Where was the inspiration for the other characters drawn from? Is there an MSL?

My single days are littered with broken pieces of my heart where I would fall for someone but never quite get it together with them. And let’s say that I didn’t always make great choices when I did enter into a relationship! Again, any autobiographical origins of the MSL dropped away and he became his own person in the story with each draft that I wrote.

The other people aren’t based on anyone in particular but I do have people who play those roles in my life. I have a wonderful best friend and group of friends. Over the years I’ve had fantastic work colleagues, with whom I’ve also had terrific friendships, and some epic nights out on the town.

You started this book twenty years ago. Why did it take so long?

I never thought it would take this long! At the beginning I naively thought that with a screwy imagination and a reasonable command of the English language I could write a novel.

It was several years later, following much painful feedback, when I realised that there is a lot of skill in plotting a novel and revealing its story in a way that is pleasing to the reader – and I didn’t have those skills!

In 2008 I parked work on the project. I think I had burnt through my enthusiasm for it and my own life had moved on. I was no longer single and going out on the town. I had met the man who is now my husband and I didn’t have the same drive to continue with it.

However, I always knew that there would be a time when I would return to the project. In late 2016 I felt the Countess twitching in the proverbial drawer and a few months later I took her out, dusted her down and had a read. In that intervening period I had learned a lot about writing and the passing of time meant that I was more emotionally detached from the book. I could be more objective about what needed to be done in order to make it into a great story.

Finally, did you really offer Pussy Original to people and ask them to stroke your pussy?

Yes. It was Christmas 1995. One of my friends has her birthday on 28th December and for many years this provided the occasion for us to return from our families and gather back in London again. This is when my  best friend gave me a fake fur leopard print bag, soon to be known as Pussy Original, as a Christmas present. Within two nanoseconds of opening it, and loving it, I said that I could offer it to people and ask them if they want my pussy.

And I did that every time we were out clubbing for the next couple of years. Everyone knew about my pussy bag, even people I worked with. It had its own legendary status.

Thanks Cali. It’s really interesting to get the inside scoop!